A Chicago public school district is involved in an ongoing criminal case involving former principal Lindsay Sharp, and convicted child sex offender Carlos A. Bedoya, 67, who sexually abused 11 students at Golfview Elementary, a school in the Chicago suburb of District 300.

Two former educators in that district are now employed by the Polk County School District in Florida, though the lawsuit in which they are named is ongoing.

In 2018, families of Bedoya’s victims filed lawsuits against him, Community Unit School District 300, and former principal Lindsay Sharp in Kane County Circuit Court, alleging the district bypassed protocols in the hiring, supervision, and retention of Bedoya in ways that enabled him to attain a position at the school, despite issues being raised about his credentials.

When substitute teacher, Carlos A. Bedoya was arrested July 2017 on allegations he had sexual contact with a 6-year-old boy at Golfview Elementary, he had just retired from the district after years of service as an instructional assistant and support staff member.

According to an investigation by the Chicago Tribune, “Even after the district learned in June 2017 Bedoya was under investigation for sexual abuse, officials sent him a notice that he could expect to be retained as a substitute for the following school year.”

Records indicate Bedoya had previously served as a paraeducator at Golfview Elementary from 2013 through 2016, retired, and returned as a substitute teacher for the 2016-2017 school year.

In October 2019, after an hour of deliberation, a jury found Bedoya guilty of 8 counts of predatory criminal sexual assault of a child, and a trial court sentenced Bedoya to 8 consecutive 14-year terms of imprisonment totaling 112 years.

Bedoya was also charged with sexually assaulting and abusing 11 additional children. According to Kane County prosecutors, Bedoya repeatedly sexually abused Golfview Elementary students, boys in kindergarten through 3rd grade, from August 2015 to June 2016. Bedoya pled guilty and was sentenced to 60 additional years in prison on top of the 112 year sentence he was already serving.

A pretrial statement detailing testimony from the mother of one of Bedoya’s victims describes how her son had gone to Bedoya for help with his grades at the time the sexual assault started. Bedoya tutored the boy, and coached him in soccer. The child testified that as other students left Bedoya’s office on one occasion, Bedoya pulled the boy's pants down, touching the boy with his hands and mouth. According to the report, Bedoya told the boy that if he told his mother about the abuse, “they [sic] would be like very mad at you.” Pretrial statements show that when the mother learned of the abuse, she filed a report, and subsequently took her son to be interviewed at the Children’s Advocacy Center.

A majority of the sexual abuse allegations listed occurred on school premises, in after school programs, and around soccer practices, in places like Bedoya’s office, and in the library where Bedoya could capture the boy alone. Bedoya would give his victim and other children treats, pencils, candy, and Pokemon cards. Multiple incidents of sexual abuse occurred up until the student was in the 3rd grade, and he did not tell anyone about the abuse until the 5th grade.

Bedoya’s guilty plea enabled the 11 other children to forgo testifying in front of a jury, although testimony given during interviews with law enforcement provide insight into the children’s personal accounts with Bedoya, and his ability to create a routine that enabled him to prey on the children he was supposed to help and teach.

An investigation by the Chicago Tribune, shows Golfview Elementary reassigned the principal at the time, Lindsay Sharp, after Sharp was named as a defendant in lawsuits filed by the victims' families. Records show Sharp served as principal at Golfview from 2016-2018, until board members recommended a transfer to an assessment role at the district’s central office, which was approved one week after the first lawsuit was filed.

An exhibit submitted to the court shows hiring staff expressed concerns about Bedoya’s credentials when he was first hired at Golfview Elementary. The motion states:

“Defendants…had legally mandated obligations to formally investigate Bedoya, including his alleged teaching credentials, references, and criminal background. Plaintiffs allege, and the evidence will show,had defendants complied with their statutory obligations, they would have discovered Bedoya had no teaching credentials, his references would have elaborated why he should not have been granted access to children, and that there was an active warrant for his arrest at the time of his hire.” 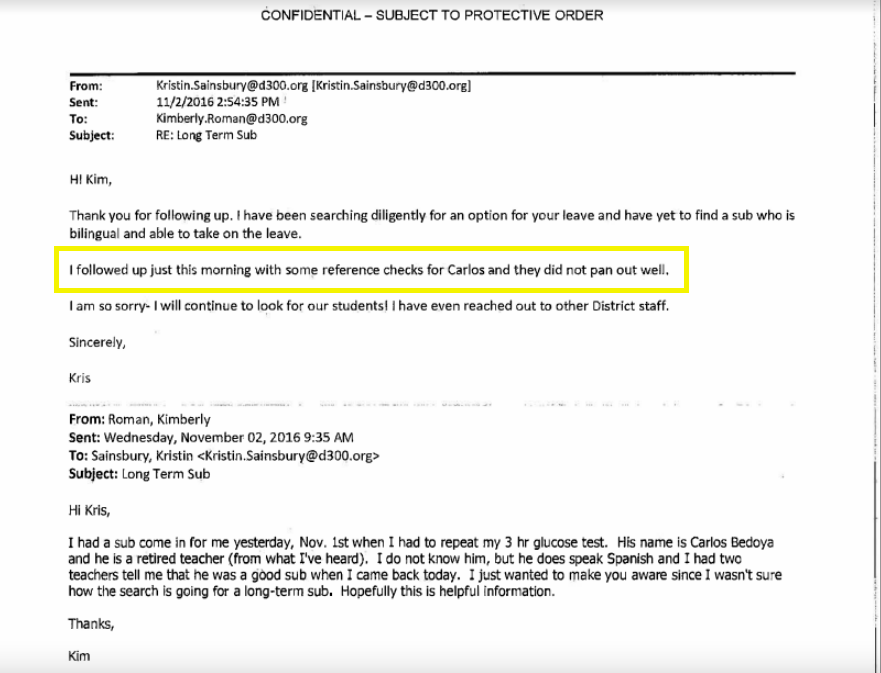 Former principal Sharp now serves as Senior Director of Digital Learning and Innovation for Polk County district in Florida. Polk County radio host, David Gornoski, raised an issue on the appropriateness of Sharp’s hiring and connected it to the recent hiring of superintendent Fred Heid who served as superintendent in District 300 at the time of Bedoya’s arrest. Former superintendent Heid maintains he was not involved in Sharp’s hiring despite their previous work history together.

The consolidated lawsuits filed include claims based in “willful and wanton improper hiring, improper retention, premises liability, and the failure to follow statutory mandates.” In a previous ruling, several claims made by the victims' families were thrown out by Judge James Murphy, now retired. However, a motion to reconsider was filed in May 2022. The motion to reconsider cites an inconsistent ruling of law, and new discovery of facts that were not made available at the time of the last ruling.

Substantively identical motions seeking dismissal from lawsuits were filed on behalf of District 300 and former principal Sharp. The dismissal cites the Illinois Governmental Tort Immunity Act, which states, “A public employee is not liable for an injury caused by his adoption of, or failure to adopt, an enactment, or by his failure to enforce any law”, a move that could grant District 300 and Sharp immunity from wrongdoing.

While Carlos Bedoya serves the rest of his life in prison, the case reveals the limitations of law when it comes to holding schools accountable for lapses in protocol, and brings to light the ease in which school officials can move employees named in criminal cases to other districts. 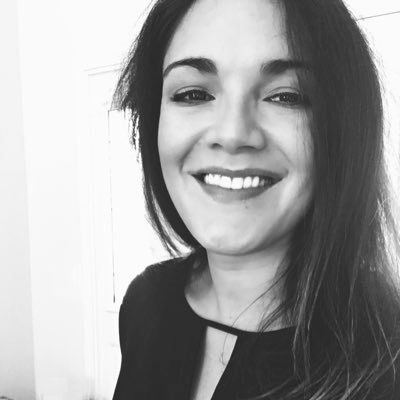