"This book is a must-read for anyone interested in the future of the liberal international order, so worshipped by Western foreign policy elites. Porter argues with great erudition that it was never liberal – indeed, it never could be – because it was built on the ruthless employment of American power." -John J. Mearsheimer, University of Chicago

In an age of demagogues, hostile great powers and trade wars, foreign policy traditionalists dream of restoring liberal international order. This order, they claim, ushered in seventy years of peace and prosperity and saw post-war America domesticate the world to its values.

The False Promise of Liberal Order exposes the flaws in this nostalgic vision. The world shaped by America came about as a result of coercion and, sometimes brutal, compromise. Liberal projects – to spread capitalist democracy – led inadvertently to illiberal results. To make peace, America made bargains with authoritarian forces. Even in the Pax Americana, the gentlest order yet, ordering was rough work. As its power grew, Washington came to believe that its order was exceptional and even permanent – a mentality that has led to spiralling deficits, permanent war and Trump. Romanticizing the liberal order makes it harder to adjust to today’s global disorder. Only by confronting the false promise of liberal order and adapting to current realities can the United States survive as a constitutional republic in a plural world.

This book appears in Wiley. 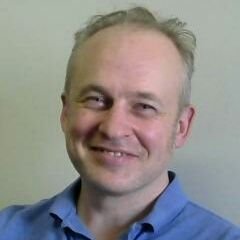 Patrick Porter is Professor of International Security and Strategy at the University of Birmingham. He is also Senior Associate Fellow at the Royal United Services Institute, London. He is published in International Security and Security Studies, as well as in the Journal of Strategic Studies, International Affairs, the Washington Quarterly, Security Dialogue, Diplomacy and Statecraft, and War in History, and author of the book, The False Promise of Liberal Order: Nostalgia, Delusion and the Rise of Trump. He has appeared as an expert witness before the parliamentary Defence Select Committee, the Foreign Affairs Select Committee, and the Joint Committee on the National Security Strategy.