Following this article just published by USA Today I felt I needed to re-address this issue in a little more detail.

Child Rescue Coalition, along with other organizations, are actively seeking ways to better understand the routes people take from legal behavior online to criminal consumption of illegal images and videos of children being sexually abused – this is something that we also call “the pathway to offending”.

This work is crucial in order to prevent the abuse of children. If successful in steering potential offenders away from sexual abuse, it could have a significant impact in preventing harm to children as well as the life-long impact this has on the victims of this crime.

We believe academia has a critical role in understanding how and why pedophiles go on to commit offenses such as the rape or other forms of sexual abuse against children. Academics must also have the right to thoughtfully challenge the status quo and to use the work of others to advance theories that might help to inform policies or otherwise shape how societies can better protect children.

Allyn Walker’s thesis, on which their book is based, involved interviews with individuals who stated they hadn’t committed physical sexual abuse against children.

Walker describes this group as a “community” and argues that they should be recognized and represented as a “sexual minority”. We would not countenance giving men who fantasized about raping women (but did not act on it) recognition as a sexual minority – why is this any different?

Walker goes on to confirm that a quarter of this group had admitted to accessing “child pornography” (which is what we and many other child protection organizations call child sexual abuse material or “CSAM”). Walker states that they used the CSAM as “a strategy for not committing offenses against children”. Walker also concludes that these “participants were able to remain resilient to offending” and that their “ability to remain resilient to offending is remarkable”. The main problem with this thinking is that they ignore the fact that these subjects did offend- the consumption of CSAM is a criminal offense and revictimizes the children who were physically abused.

Child sexual abuse material is the recording, the memorialization, of a profoundly serious offense against a child; consuming this material is not a victimless crime.

The knowledge that others are in possession of, distributing and gaining sexual gratification from the use of those recordings causes pain, anguish and fear to the victims - the children - who were sexually abused or raped.

Some survivors of this abuse have attempted to explain this through advocacy and awareness. I strongly disagree with Walker’s stance with respect to child sexual abuse material – consuming CSAM is and must remain a criminal offense no matter what “resilience” it may provide to those who find the abuse of children attractive.

Words Matter And Here Is Why

Pedophilia and the criminal offenses committed by those who go on to abuse children has been with us for thousands of years. The Internet and Internet connected devices has changed and exacerbated the problem in ways we still do not fully understand. We are striving to keep up with the technologies employed by those with an illegal pedophilic interest in children. At the same time governments everywhere are struggling to produce satisfactory legislation to help protect children online.

Meanwhile the Internet allows the criminal pedophile community to easily connect, share CSAM and support each other in ways which were impossible only 20 years ago. These same criminals also now have a much easier way for them to connect directly with and attempt to groom and sexually abuse children online.

Describing a pedophile by using words such as “minor attracted person” (MAP) risks lessening the seriousness of this issue and could act as a step towards acceptance of criminal activity.

The use of “MAP” also risks a path to normalization of sexual attraction to children as a sexual orientation. This is dangerous as it puts an even greater sense of righteousness into the minds of those who already believe sexually abusing (and raping) children is normal. Some offenders even seek to convince themselves that children enjoy the abuse.

Talking about the rape and other acts of sexual abuse against children is so difficult that people often turn away from it or use other terminology rather than state exactly what is actually happening. For example, we often read of crimes involving “the trafficking of children for sex”. Of course, this is wholly inaccurate – when children are involved – there is no consent - they are being sexually abused or raped – it is NEVER “sex”.

Some organizations (promoting sexuality in all its forms), while on the surface appearing legitimate, are even arguing that acceptance of sexual attraction to children by adults could actually help prevent child sexual abuse. I do not buy into this thinly veiled attempt to normalize the objectification of children as sexual beings. We must remain vigilant and guard against such moves.

Professional and responsible approaches to helping those who feel they may be a danger to children are possible. The work carried out by The Lucy Faithful Foundation provides resources, including a helpline to advise and counsel these individuals. This is an approach which is well researched, professional, and comes from an organization which does not seek to celebrate all forms of sexuality at the same time as claiming to protect children.

Holding Back The Normalization Of Sexual Attraction To Children

Criminal pedophiles - in their hundreds of thousands - already congregate online, often in the unregulated or uncontrolled spaces where our technology is deployed. There, they trade child sexual abuse material, with the victims becoming younger and the abuse more violent. They regale each other with descriptions of the terrible crimes they are committing on a daily basis. Often these crimes are committed against their own children or children who have been placed in their care. These are crimes most of us find too difficult to hear about. Within these online groups they normalize what most people find, at best, repugnant.

This is not about politics, stigma, works of art, the suppression of free speech or the result of a misplaced “moral panic”. This crime is an absolute menace to children, is costing billions of dollars per year, is happening worldwide and is happening in ever increasing numbers.

Any move to begin to morally accept the sexualization of children by adults in our societies must be appropriately challenged at every step. It is the least our children deserve and it is certainly what survivors of this pernicious crime demand.

We must continue to research child focused protection solutions while continuing to call pedophilia what it actually is – a psychiatric disorder in which an adult has sexual fantasies about or commits criminal sexual abuse or rape against children. 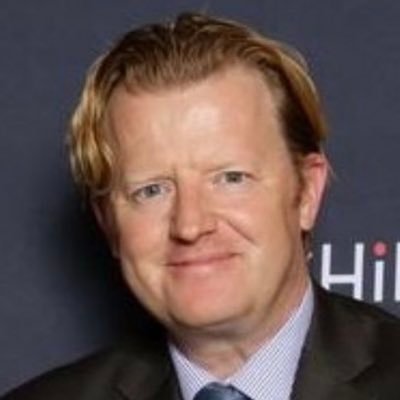